Ginkgo Biloba as a Dementia Treatment 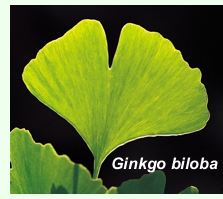 “Another sign conventional medicine acknowledges and appreciates all the benefits alternative treatments provide: An Italian study that acknowledged ginkgo biloba, as shown many times before, works just as well as Aricept (donepezil) in treating mild or moderate Alzheimer’s related dementia. For the study, 76 mild-to-moderate dementia patients received either a placebo, ginkgo or Aricept for six months, followed by a four-week course of a placebo to exclude those reactions. During the study period, more ginkgo patients dropped out of the test, but not for the same reasons as the four Aricept dropouts who left due to adverse drug reactions. Based on test scores to determine the severity of dementia afterward, scientists agreed both ginkgo biloba and Aricept work just as effectively to slow down the damage. I wonder, however, if the effect of Aricept on study patients was a fluke, considering cholinesterase inhibitors like Aricept, Reminyl and Exelon have been found to be beneficial for only 20 percent of Alzheimer’s patients.” (Emphasis mine.)

We have known about Ginkgo Biloba for years as a natural treatment that may result in antioxidant, anti-inflammatory, and neuroprotective effects. It also reduces inflammation by increasing permeability of blood vessels. It has long been regarded to enhance mental focus. In short, a very useful and effective natural remedy! And, as noted in the quote above “as effective” as synthetic drugs! Again, demonstrating that herbs should be regarded as the “real” and not the “alternative” treatment!