You have seen articles here on the Traditional Naturopath Blog about my concerns over GM (Genetically Modified) foods. I am VERY concerned that the FDA is not even going to require special labeling so that we can avoid it. Why? Well, if we KNEW it was GM, we wouldn’t buy it, and that would adversely impact business! I would rather they not even make this “monster food,” but at the VERY least they should have warning labels so that those of us that choose to eat only real food can do so! 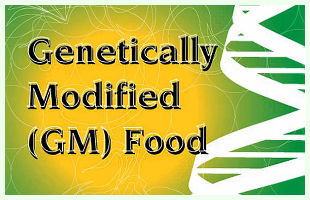 Now, there is direct evidence that GM corn does cause liver and kidney toxicity! But, does this mean that the government will ban it? No!

“A variety of genetically modified corn that was approved for human consumption in 2006 caused signs of liver and kidney toxicity as well as hormonal changes in rats in a study performed by researchers from the independent Committee for Independent Research and Genetic Engineering at the University of Caen in France. The corn in question, MON863, is made by the Monsanto Company and approved for use in Australia, Canada, China, the European Union, Japan, Mexico, the Philippines, and the United States. It has had a gene inserted from the bacteria Bacillus thuringiensis (Bt), which causes the plant’s cells to produce a pesticide.

â€¢ Researchers fed rats either unmodified corn or diets containing 11 or 30 percent MON863 for 90 days. The rats who ate modified corn were found to exhibit signs of liver and kidney toxicity, as well as signs of hormonal changes.

The fact that this corn is approved anywhere is a disgrace! We HAVE to demand warning labels, or outright bans!