Five Benefits of a Keto Diet! 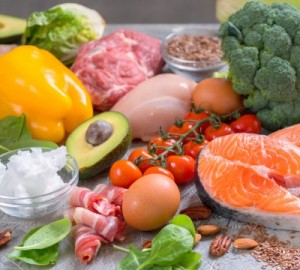 This is definitely the best diet for losing weight, and remaining healthy!

The Keto Diet: 5 Proven Benefits For Your Health!

DrColbert.com – Dr. Don Colbert, MD – “The keto diet has recently been exploding in popularity. Adherents claim effects ranging from weight loss, craving reduction, and blood sugar balance to cognitive enhancement and cancer treatment. There are athletes, celebrities, CEOs, and doctors all adopting this diet and talking about the dramatic effects of burning fat for fuel.

With all the hype, it might just seem like another passing fad diet. The fact is, however, that the ketogenic diet is nothing new. It has been used by western medical doctors to treat epilepsy for close to 100 years!

What Is The Keto Diet?

The keto (short for ketogenic) diet brings the body into a metabolic state called ketosis. Ketosis refers to the body’s utilization of ketones for energy as opposed to glucose. Ketones are byproducts of fat metabolism and glucose comes from sugar metabolism.

Most cells in the human body can use either of these fuels for energy but preferentially burn glucose, only switching over to fat once all the glycogen (sugar stores) in the body has been depleted. Yet, since most people on a Standard American Diet (SAD) eat so much sugar, their cells are never able to switch over to ‘fat burning mode.’ For many people, it has been so long since their cells have utilized ketones for energy that they actually have to retrain their bodies to be able to do so.

All this biochemistry makes more sense when you take a step back and think about it logically. As humans we have not always had a stable food supply. In the past we did not have grocery stores or drive-thru windows and famine was much more common. In times of food shortage when carbohydrate intake would have been low, the human body adapted to burn body fat to sustain itself. So essentially, a ketogenic diet is mimicking some of the effects of fasting by limiting carbohydrates and forcing the body to burn fat.

What Are The Benefits?

The benefits of the keto diet are certainly real and far reaching in scope. Although not ideal for everybody all of the time, a ketogenic diet has been proven to help in 5 important areas of health and wellness.

This is possibly the most popular contemporary application of the ketogenic diet. In fact, a modified ketogenic diet is the foundation for the Slender System for weight loss used to help thousands of people reach a healthier weight.

When carbs are kept below 50-30 grams per day, the body does not have enough glucose to support the energy needs of the body and will be forced to begin utilizing fat. Once all the fat that has been consumed has been used up the body will then turn to stored body fat for energy. So by maintaining low levels of carbohydrate intake and a small caloric deficit you can stimulate fat burning and begin dropping the pounds.

There is ample scientific and anecdotal evidence to support the efficacy of a ketogenic diet for weight loss.

High fat and adequate protein intake can help suppress the ‘hunger hormone’ called ghrelin. This 2013 study suggests that a ketogenic diet results in more satiety than other diets. It is very common for people to surprised by the degree to which they are simply not hungry once their body has become adapted to burning fat for fuel.

However, keep in mind that although fat and protein alone can help suppress hunger, it is also important to maintain a high intake of low-carb non-starchy vegetables for their valuable fiber and nutrient content. Fiber has an immense effect on satiety and is crucial to a successful ketogenic diet.

Most Americans are on a constant blood sugar roller coaster ride. From the moment they eat that muffin, bagel, donut, or bowl of cereal, their blood sugar spikes up and then falls after a couple of hours prompting a mid morning snack to make it through to lunch. After lunch there is the mid-afternoon pick-me-up treat to make it until dinner and then the after dinner dessert. Many people even wake up in the middle of the night to chow down because their blood sugar is so imbalanced they can’t even make it through the night.

A Ketogenic diet fixes this by keeping the blood sugar low and allowing the insulin sensitivity to reset. The transition from sugar-burning to fat-burning can be difficult for a few days as the body adapts and the blood sugar levels stabilize.

As stated earlier, the keto diet was first applied in the successful treatment of epileptic seizures. There has also been application in the treatment and management of alzheimer’s disease. In fact, many researchers are beginning to refer to alzheimer’s as type 3 diabetes, indicating the role of glucose metabolism in the progression of the disease.

The most readily noticeable effect of switching to a ketogenic diet is the marked improvement in cognitive performance. Many CEOs and Silicon Valley tech entrepreneurs have adopted the diet for this very reason. The sense of clarity and focus that can be achieved when the brain starts burning ketones for energy can be quite profound. It makes sense that in a state of caloric deprivation that the body would begin to produce a fuel (ketones) that allows for clear and lucid thinking that can help one be more likely to find food.

Ketones are so powerful for brain performance that there is an emerging market of exogenous ketone supplements that people take specifically to boost cognitive function and aid in weight loss. One source of exogenous ketones comes from MCT oil, a derivative of coconut oil that is readily converted to ketones to be used by the brain.

Although controversial, there is growing evidence that a ketogenic diet can fight cancer by depriving them of their preferred food source: sugar. One of the leading ketone researchers Dominic D’Agostino explains how this works in his 2013 TED talk. Essentially, cancer is a metabolic disease affecting the ‘power houses’ of the cells called mitochondria.

How To Eat a Keto Diet

So with all these amazing benefits, you’re probably wondering how you can get started on a ketogenic diet.

A state of ketosis can be usually be achieved by eating less than 50 grams of carbohydrate per day for 3-5 days. Ideally protein consumption would be less than 100 grams per day as excess protein can be broken down into glucose in a process called gluconeogenesis. The rest of the diet should consist of healthy fats.

Eating the right kind of fat is really important because rancid oxidized (damaged) fats can cause inflammation and hinder your progress on the diet. Opt primarily for saturated and monounsaturated fats because they are the most stable. Healthy saturated fats include: raw grass-fed dairy, grass-fed and finished beef and lamb, free range eggs, coconut oil, and MCT oil. Monounsaturated fats are found in: olive oil, avocados, nuts, seeds, and fish. The other important fats are the Omega 3 polyunsaturated fats DHA and EPA which can be found in fish and krill oil.

Again, the keto diet might not be the ideal long-term diet for everyone, but for those who wish to reap the reward of these five scientifically proven benefits of a high-fat low-carb diet then it is definitely worth a try. Stay hydrated, have patience during the transition period, and don’t be surprised when around day three you start feeling amazing and dropping pounds of body fat!”

By the way, I am not affiliated directly with, nor do I get any compensation, from Dr. Colbert, I just post this link [below] as a courtesy for interested readers!) 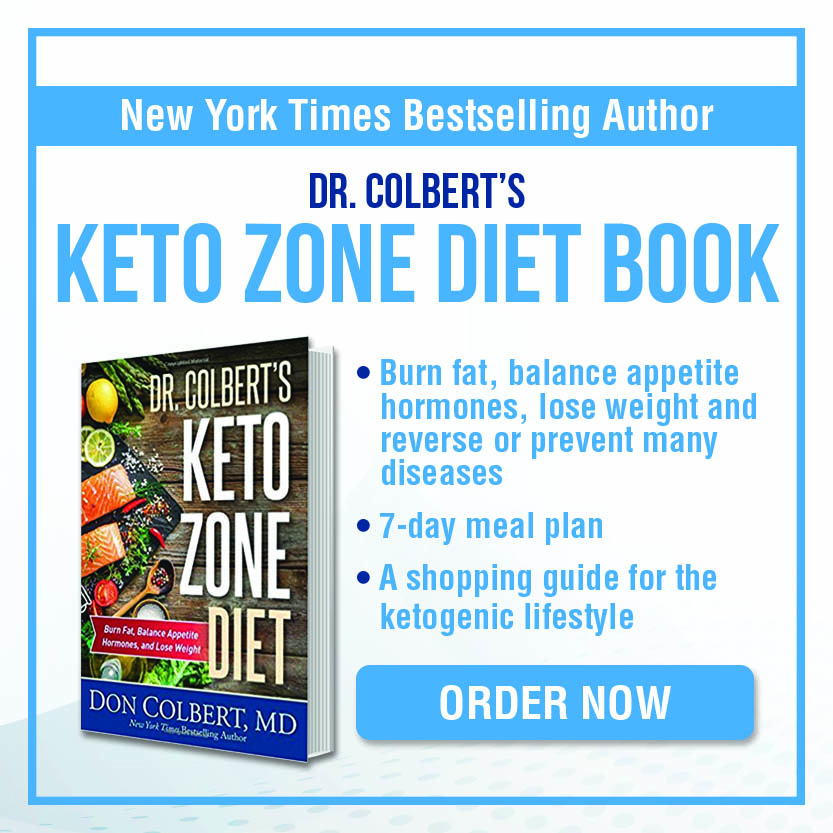