The Benefits of Ginger Turmeric Tea 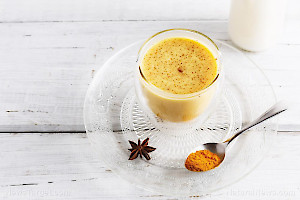 Ginger Turmeric Tea has a number of health benefits. This article by Melissa Smith goes into some of the benefits, and how you can make your own!

Why you should drink more ginger turmeric tea: Facts, benefits

Natural News – By: Melissa Smith – “Ginger and turmeric are known as great herbal remedies on their own, but they make an even more impressive remedy when combined to make tea.

Ginger (Zingiber officinale) is a flowering plant that is used throughout the world as a fragrant and flavorful spice and as an herbal remedy. On the other hand, turmeric (Curcuma longa) is a leafy perennial plant that actually belongs to the ginger family. Its leaves are used to flavor food in some cuisines, but it’s the rhizomes that provide the popular yellow spice. This deep orange-gold spice is also used in both cooking and medicine. Individually, these herbs pack an impressive nutritional punch, but combining them into an herbal tea amplifies their health benefits, which include:

Iron – This herbal tea is a good source of your daily iron needs. Iron plays an important role in helping the blood transport oxygen throughout the body. It also keeps your skin, hair, and nails healthy. Iron helps treat anemia, which occurs when the hemoglobin count is low. Iron is responsible for forming hemoglobin, a red protein whose main function is to transport oxygen in the blood. Hemoglobin also provides oxygen to damaged cells, tissues, and organs, which makes iron important for boosting immunity and promoting healing and recovery. Iron also helps reduce fatigue, as iron deficiency reduces energy levels.

Lowering blood sugar – This herbal tea helps in regulating blood sugar levels. One Chinese study revealed that curcumin promotes insulin production and improves insulin sensitivity – both of which are beneficial for people with diabetes.

Improving digestion – Drinking ginger turmeric is good for digestion. Ginger provides a soothing effect on the muscles of your stomach and eases digestion, while the curcumin in turmeric stimulates bile production in the gall bladder, which can help in digestion. Both herbs also relieve upset stomach, nausea, and vomiting.

Making ginger turmeric tea
There are many ways to make ginger turmeric tea. To make a basic turmeric ginger tea, heat a cup of water to a boil then slowly stir in 2 teaspoons of ground turmeric and 1 teaspoon of grated ginger. Reduce heat to medium-low and simmer for 10 minutes. Add honey to sweeten the tea.

You can also make a creamy ginger turmeric tea. In a container, mix 2 teaspoons of ground turmeric and 1 teaspoon of grated ginger. Then, heat one cup of almond milk, but be careful not to bring it to a boil. Stir regularly as you’re heating it. Then, pour a small amount of the heated milk into the spice mixture and stir. When the consistency is smooth, pour the remaining heated almond milk, stir and enjoy.”