What is Traditional Naturopathy?

“Naturopathy is a philosophy which encompasses a view of life, a model for living a full life. The word naturopathy is a Latin-Greek hybrid which can be defined as ‘being close to or benefiting from nature.’” — Stewart Mitchell, Naturopathy: Understanding the Healing Power of Nature

A traditional, classical naturopath specializes in wellness. That is to say, teaching clients how applying natural lifestyle approaches can act to facilitate the body’s own natural healing and health building potential. The traditional naturopath does not undertake to “diagnose” or “treat diseases,” but rather recognizes that the majority of sub-health conditions are cumulative lifestyle effects, and that the underlying cause of what we call “disease” (or, “dis-ease”) is improper diet, unhealthy habits, and environmental factors which cause biological imbalances leading to a weakening of the bodies’ natural defenses and subsequent breakdown in health. The practice of Traditional Naturopathy is not considered the practice of medicine and is currently legal in all 50 states.

The practice of Traditional Naturopathy is recognized as a common occupation at the Federal level (U.S. Congress 1928, 1929, 1930 and 30 Federal Court rulings between 1958 and 1978) and as such it is a profession protected under the 14th and 9th Amendments of the U.S. Constitution. Several states have also made this stipulation either by statute or in the Courts.

All disease (dis-ease) is a “lack of ease” or lack of homeostasis in the body. What Allopathic (medical) doctors call diseases are only symptoms of a greater underlying problem. Disease is nothing more than a manifestation of our bodies trying to correct imbalances. These Imbalances are due to faulty nutritional patterns, improper rest, stress management and other lifestyle considerations which over time can result in a weakening of the body. By the time disease appears on the scene it is very late in the game! 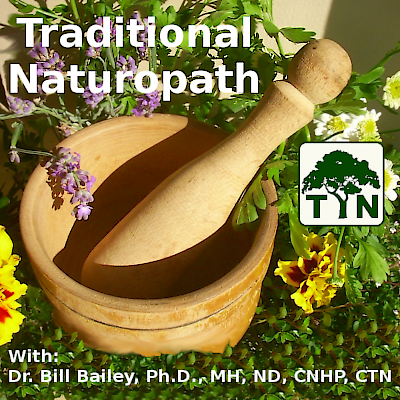 Our body tells us early on when there is a problem and we can either respond to these “messages” or try to suppress the symptoms the body uses to tell us there is a problem. You can take Tylenol, or other drugs, to suppress the symptoms and they will help for a while but, unless the underlying problem is corrected, eventually the symptoms will no longer be suppressed by these drugs and one will need to take stronger and stronger drugs to quiet the body’s message.

Eventually, if the underlying problem has not been addressed, the body will begin to break down structurally. It is at this time modern medicine is finally capable of diagnosing something is really wrong and offer interventions to fix the structure, but still medical doctors fail to address the underlying problem.

Naturopathy concentrates on identifying destructive aspects of the lifestyle in the early phases, when lifestyle changes can occur to bring long-term benefit. Before symptoms manifest and long before a diagnosis can be rendered, these destructive aspects of our lifestyle can be identified and corrected. Once corrected, the body automatically begins to correct itself. Diagnosing disease and illness is totally unnecessary to correcting the underlying problems which result in disease and illness.

A true healer does not waste his time concentrating on naming diseases but rather on identifying those underlying factors, which if not addressed, will eventually result in the manifestation of disease and illness. These factors can be identified and corrected long before it is even possible to make any diagnosis. Even after a diagnosis is made, the same concepts of healing used by Traditional Naturopaths are equally effective, because once balance is restored the body automatically heals itself!